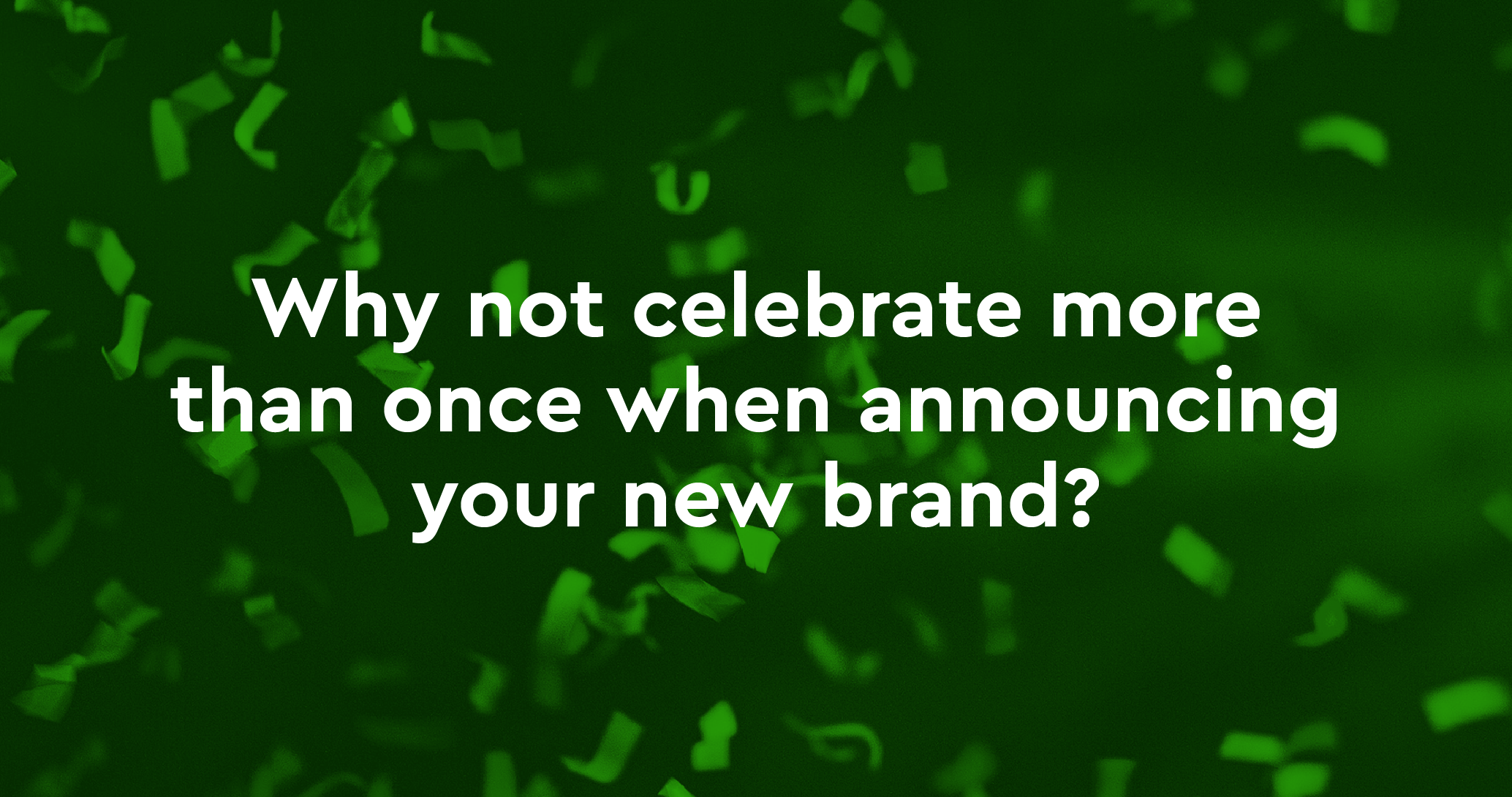 When to announce your new brand name before revealing the logo

Is it right or wrong to announce the name of your brand before revealing the logo? This question turns out to be exceptionally triggering for business executives. While most organizations that are undergoing a rebrand will introduce the name and logo in unison, there are several reasons why it can be the right choice to announce the name first, then follow with logo. The correct answer is ultimately a business decision.

When an organization needs to change the legal business name, like in the case of mergers, acquisitions or spin offs, it’s best practice to announce the name first. Both internal and external constituents must understand this change considering it will begin to appear on transaction, employment and payroll documents.

Take for example the industrial and automotive coatings company Axalta, who announced their new name on February 3, 2013 when the acquisition was complete, only to reveal their logo on June 6, 2013 – allowing them to make a proactive transition across channels.

Take for example Italia Transporto Aereo (ITA) who launched a net new brand to take over for Alitalia after years of financial troubles. They announced salvation with a new name on July 16, 2021 followed by their new logo on October, 2021 – giving them a double dip on positive press.

What brands stand for can be highly emotional, and thus, so is the rebranding process. When there are emotional or societal sensitivities around a name, it’s best to address the change head on being clear about the “why.”

Squaw Valley Alpine Meadows announced the intent to rename on August 27, 2020, recognizing that the derogatory and offensive term “squaw” did more harm than good. With this action of responsibility, they were also able to ease ski area loyalists into the idea of change by explaining that it was the right thing to do. They revealed the new logo on September 19, 2021.

Announcing the name first gets people excited about the idea of change, letting it sink in without subjective opinions around the new logo and visual expression. It provides a “warm-up” period if you will. Then, the new logo is revealed providing reason for a second and even bigger celebration to engage internal and external audiences. Even if legal reasons are the impetus for announcing the name first, brands can still take advantage of this momentum during launch and roll-out.

We’re always up for a discussion. TenTen Group is a team of brand implementation experts with 100+ rebrands under our belts. Reach out today at hello@tentengroup.com.